Bandera’s colt foal has been given the name Alférez.

Alférez means ensign in Spanish this is a nod to Bandera  which means flag in Spanish.

According to wikipidea:
In medieval Iberia, an alférez was a high-ranking official in the household of a king or magnate. The term is derived from the Arabic “al-fāris”, meaning “horseman” or “cavalier”. 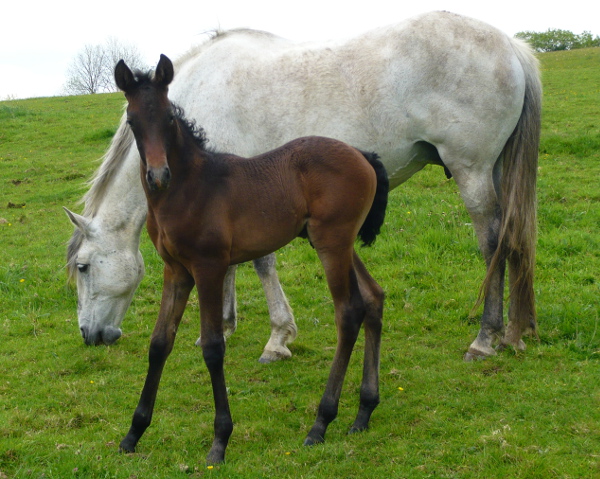 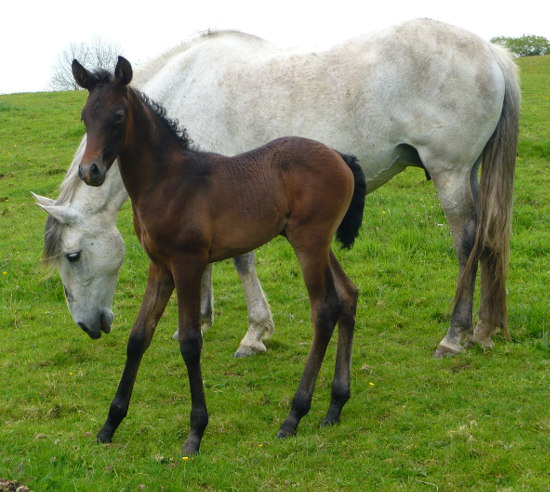 « Bandera has a Colt » Cheyenne has a Filly