Thanks Max for the photos.

We managed to get some photos of the foals today, Cantalucia 11 weeks old and Carol’s Venture 15 weeks old, both growing up fast and really friendly.

Idris set off to his new home with Wendy in Essex today. I’m sure she will have a lot of fun with him. 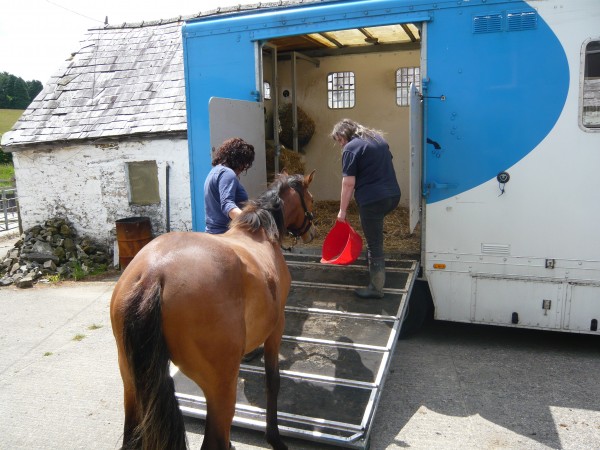 Video of Idris playing in the field 2 days earlier.

Bandera had a colt foal on 23rd May 2015. The foal was born in the field at about 10:30 in the morning. We saw the new foal from the kitchen window and I took a short video of him standing for the first time.

Purdy’s foal has been called Carol’s Venture. She is coming along nicely as you can see from these photos. 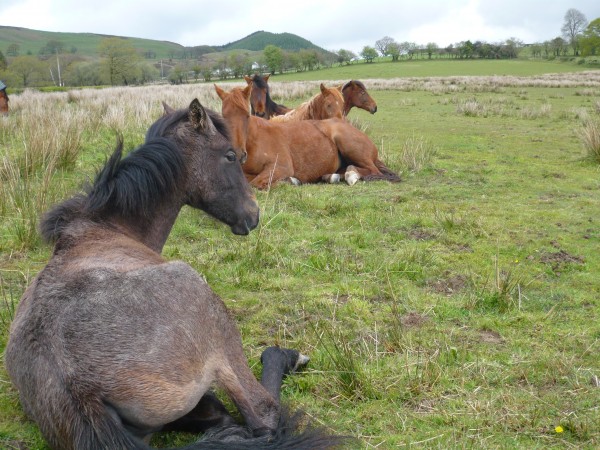 Purdy had her foal in the early hours of Sunday 26th April morning. The foal is a buckskin filly.

Foals weaned and living happily together. Now they are looking for lovely new homes. 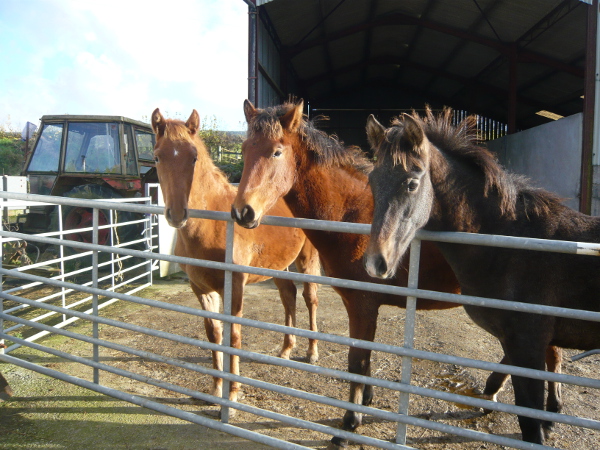 Congratulations to Becca, Karen and Bartoli. The all went to the Iberian Northwest Showcase.

Oli showed impeccable manners considering it was his first time in an indoor arena with music playing and talking on a tannoy.

He was placed second in the Iberian males all ages class and also received a BAPSH highest place rosette.

I spoke to the judge afterwards (from Spain) and he said he thought Oli was presented very well, he had beautiful paces and was an exceptional animal that he thought would go far! 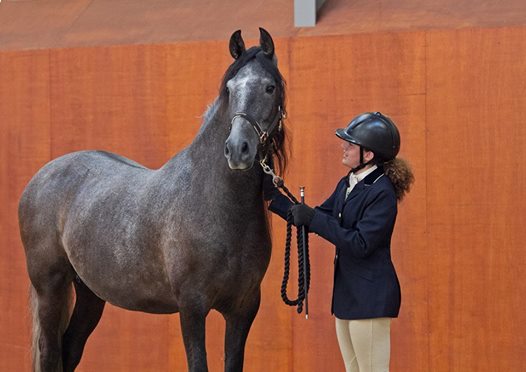 Cheyenne had a filly foal this morning at about 5:30 at the end of a huge thunder storm. Luckily we had brought her in for the night as she was showing signs of an imminent birth. 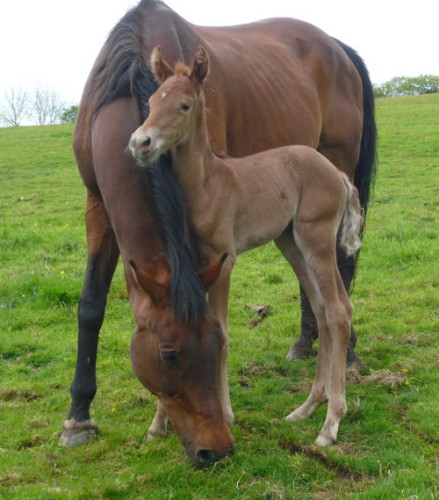